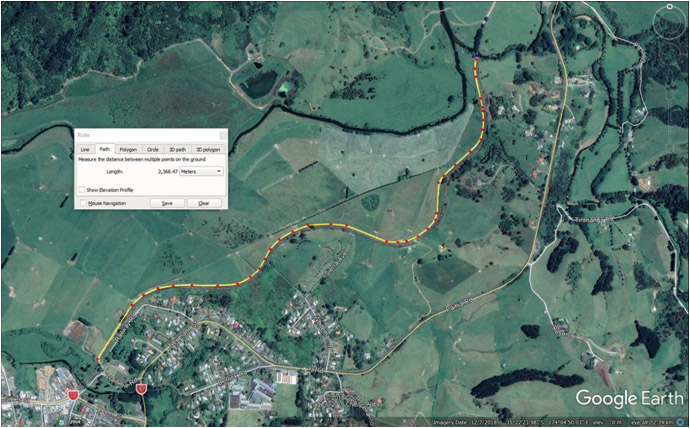 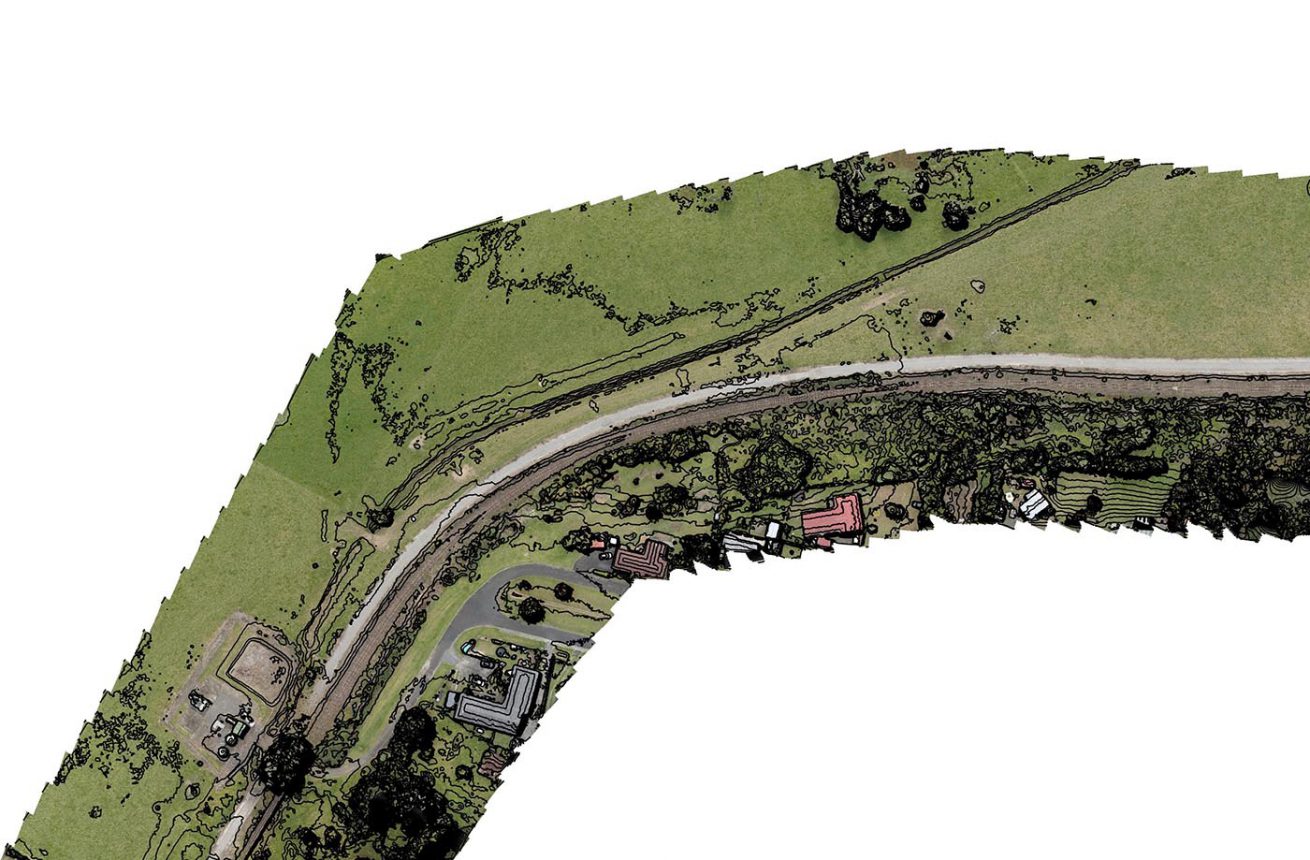 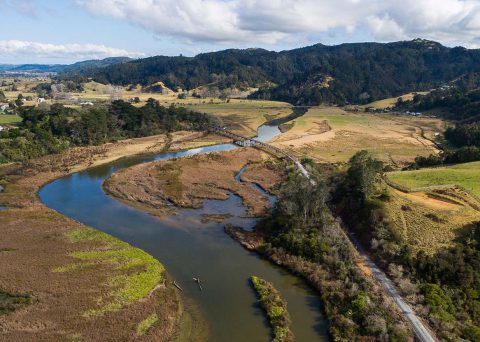 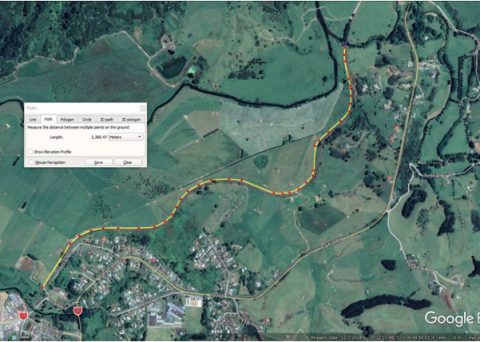 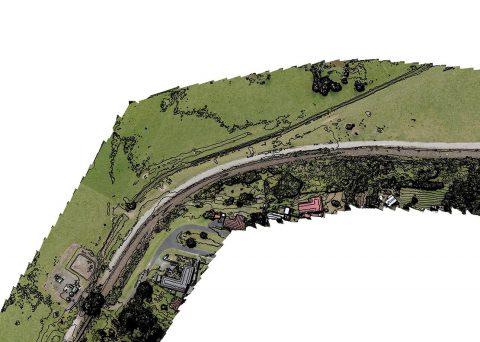 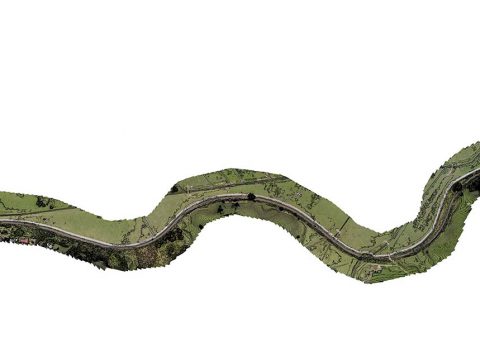 Haigh Workman, an engineering consulting firm, had been working with the Far North District Council on a flood resilience survey of the Twin Coast Cycle Trail between Kawakawa and Opua. Haigh Workman needed to understand the location of the trail’s low-lying sections, so they could then engineer and remedy these flood-prone areas.

The client needed to understand where the low lying areas of the cycle trail were over a 3 km-long stretch, so they could then fix the low points that flood.

Traditional methods of mapping would have involved a surveyor taking ground measurement points along the trail at approximately 2-metre intervals. This would have been prohibitively time-consuming and provide less detail than an aerial survey.

The files provided by a surveyor would have been in the form of a line contour map. The points measured every 2 metres or so would be accurate, but the information between those points would have been averaged out. And no visual map would have been provided.

We were able to fly the 3 km stretch and create an elongated aerial map, with plenty of photographic detail.

We flew at 75 metres above the ground, and were able to capture vertical changes accurately to within 6 cm.

We also used our GPS unit to collect ground control points to add into the map. This makes the whole map accurate down to within a few centimetres of the absolute position. We can generate a full 3D model of the site with this level of precision.

We provided various files that work in the client’s GIS system:

+  Orthophoto as a TIF (also available as JPG). An orthophoto is a top-down, high-res, distortion-free 2D photographic map of an area. For example, Google Earth is an orthophoto captured with satellites and aircraft, but is much less detailed than what we provide.

+  DEM (digital elevation model – contains height information and can be exported in a number of ways). 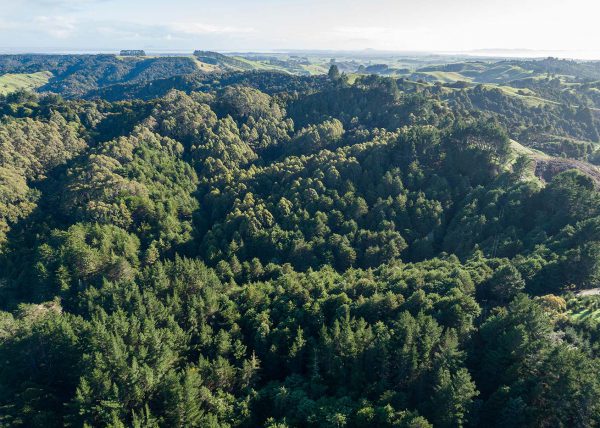 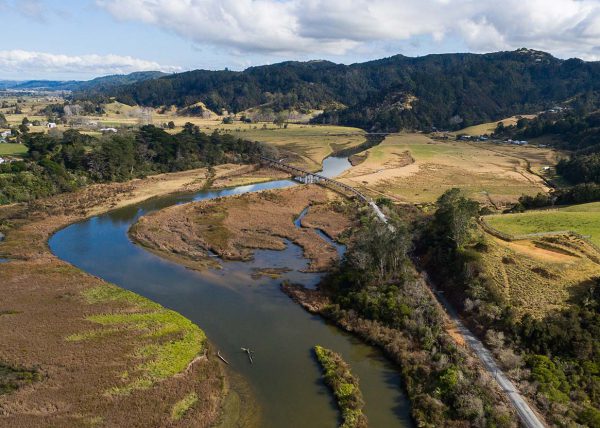 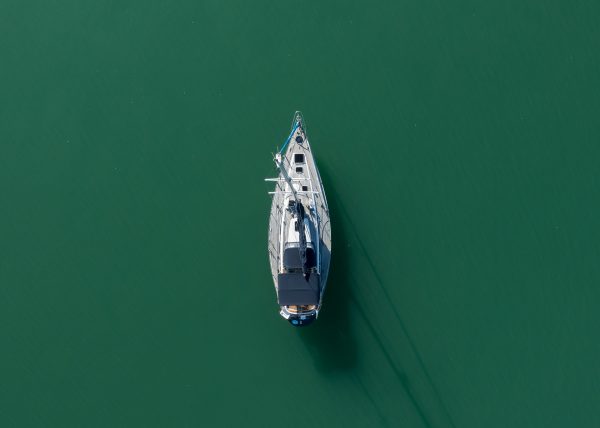 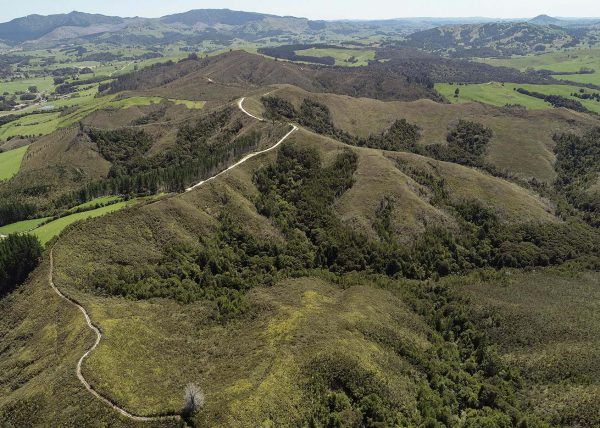